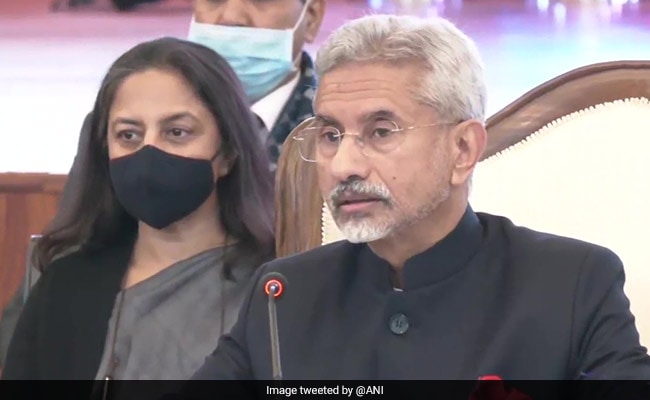 I look forward to celebrating the 70th anniversary of India-Japan relations in a grand manner, said Jaishankar

External Affairs Minister S Jaishankar on Friday held talks with the foreign ministers of Japan and the Netherlands and discussed bilateral and regional issues. Jaishankar tweeted that there was a good discussion with the Foreign Minister and Deputy Prime Minister of the Netherlands, Wopke Hoekstra. He said, “Wishing him a speedy recovery from Kovid. Happy New Year. We discussed about bilateral cooperation, the European Union and the Indian Pacific. He said that we exchanged views on the completion of 75 years of diplomatic relations between the two countries.

Delighted to have a New Year conversation with Japanese FM @hayashi09615064,

Look forward to celebrating the 70th anniversary of our diplomatic relations in a befitting manner.

At the same time, about the conversation with Jaishankar, Hoekstra tweeted, “Dr. Nice to talk to Jaishankar. We are celebrating this year as the occasion of 75 years of diplomatic relations between the two countries, a great achievement. The Foreign Minister of the Netherlands said, “I look forward to further deepening our excellent bilateral relations.”

Earlier, Jaishankar said that he is pleased to discuss the occasion of New Year with his Japanese counterpart Hayashi Yoshimasa. He tweeted, “Discussed about the situation of Kovid, travel facilitation, bilateral projects, Quad, Myanmar and North Korea.” He said that India and Japan look forward to celebrating the 70th anniversary of diplomatic relations in a grand manner .