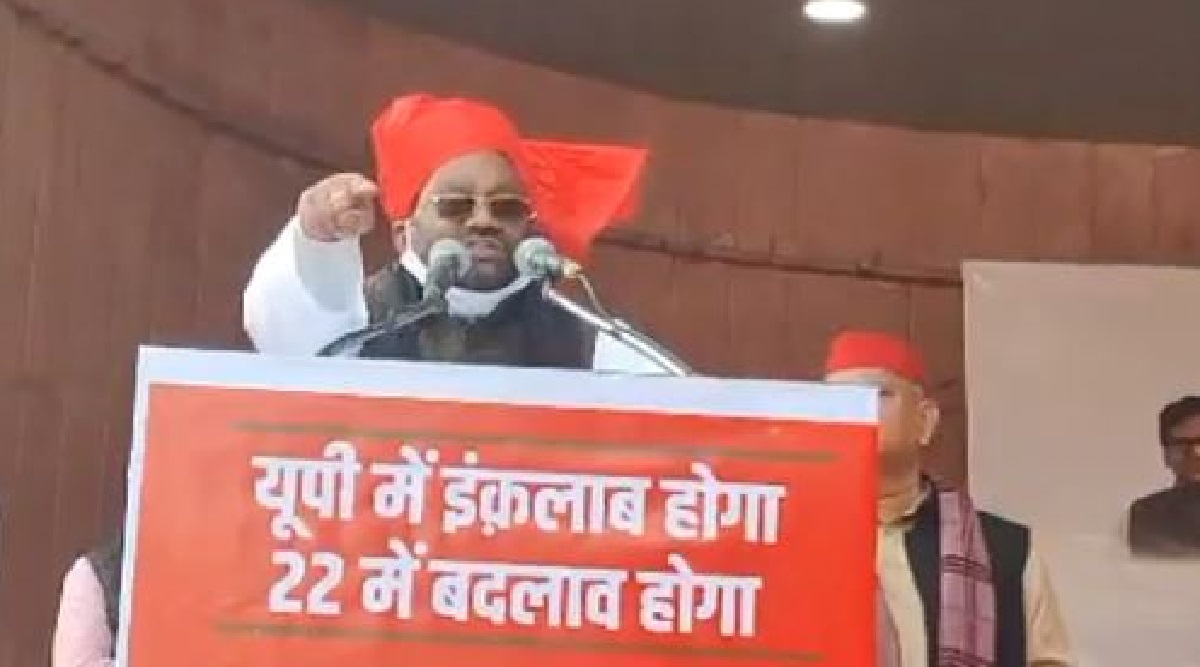 Swami Prasad Maurya said on Friday that whoever he leaves with, his whereabouts are not known. For example, he also took the name of Mayawati.

Till a few days ago, he was a minister in the Yogi government and Swami Prasad Maurya, who is considered a strong leader of OBC, has now become a SP. Before the last elections, he was considered very close with BSP and Mayawati. Now Maurya has come from BJP to SP. On Friday, when he was joining the SP in the presence of Akhilesh, during this time he gave a big warning to the BJP from the stage.

Swami Prasad Maurya said in his address that whoever he leaves with, his whereabouts are not known. For example, he also took the name of Mayawati. During this, he replied to CM Yogi Adityanath’s slogan of 80 percent vs 20 percent, saying that now the fight has become 85 percent vs 15 percent and BJP will be left with less than 8 to 10 percent votes.

Addressing the gathering, Maurya said- “I challenge this also, the one with whom I leave, his whereabouts remain untraceable. Our sister ji is a living example of this. As long as she was there, she used to become the Chief Minister again and again. She had become arrogant, Baba withdrew from Ambedkar’s mission, forgot Manyavar Kanshi Ram, started working to sink Kanshi Ram’s social movement, changed her slogan as soon as Manyavar Kanshi Ram ji closed his eyes. The slogan which was given by Manyavar Kanshi Ram ji, whose number is heavy, its participation, sister Mayawati ji, changing this slogan of Kanshi Ram to create another slogan that whose preparation, as much participation, means standing behind the thaliwalas. I did not agree to protest, left along, today his whereabouts are not visible.

Swami Prasad Maurya further said that Makar Sankranti is the day when the historic end of BJP will come. Big leaders of BJP, who never paid heed to our demands, are now having sleepless nights. BJP leaders are asking why we have not resigned in the last five years, some are saying that I left BJP because of my son.

Maurya said on these allegations that he wants to tell them that BJP has cheated the backward, Dalits, minorities and youth of the country. BJP formed the government by redeeming the names of Keshav Prasad Maurya and Swami Prasad Maurya. There was talk of making any of us CM, but they were duping Dalits and backwards by bringing someone from Gorakhpur.