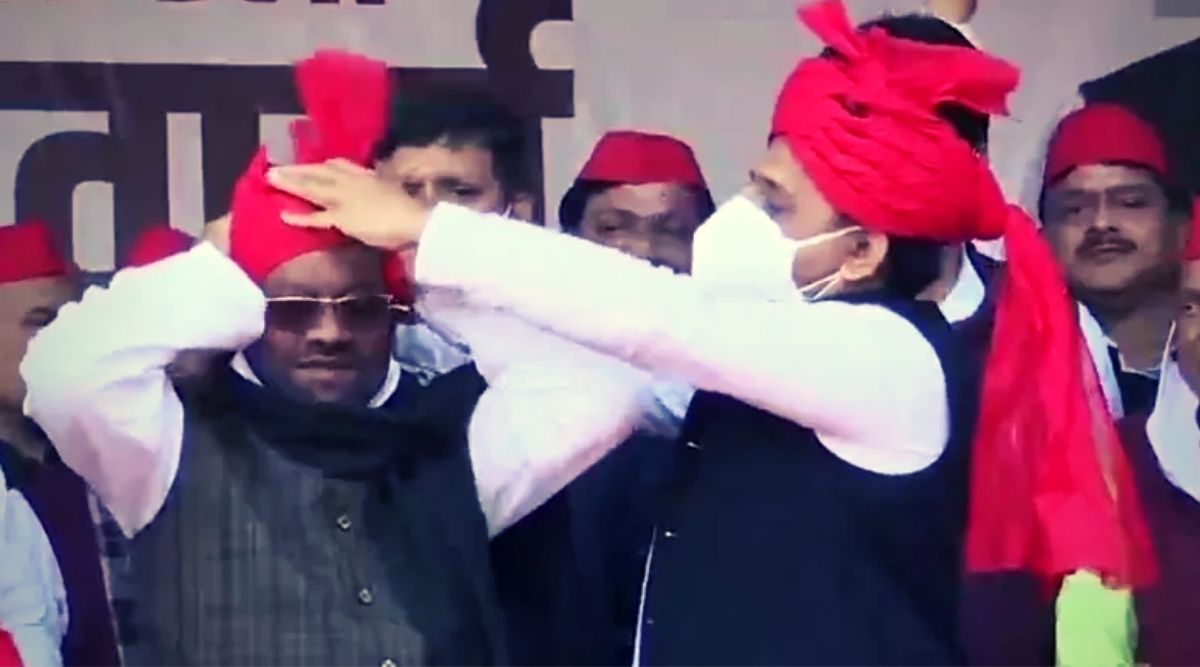 Swami Prasad Maurya, who was a minister in the Yogi cabinet, said that I had thought that after facing exile in UP for so long, BJP would come to power and do a good job, but it did not.

Resigning from the Yogi government of BJP in UP, Swami Prasad Maurya joined SP on Friday along with Dharam Singh Saini and other 6 MLAs. Apart from this, many former MLAs joined the SP in the presence of Akhilesh Yadav in Lucknow. During this, Swami Prasad Maurya strongly attacked the BJP. He challenged the BJP to be uprooted from power.

Maurya warned the BJP and said that they say that we will win the election in the name of Hindu, then if you are Hindu friendly then why did you swallow the reservation system in the Constitution like a python.

BJP’s test will be blown away: Maurya, who was a minister in the Yogi cabinet, said, ‘I had thought that after facing exile in UP for so long, BJP would come to power and do a good job, but it did not. I want to tell the BJP that today (January 14) this program will create a storm that will blow away the BJP.

Maurya said, “Today, the big leaders of BJP, who were the sleepless people of Kumbhkaran, have lost their sleep after we resigned.” He said that BJP leaders say that why did they not resign for five years. Some intelligent people even say that I have left the BJP in the interest of my son.

He said that I want to tell such people that BJP has gained power by throwing dust in the eyes of the people. BJP came to power on the basis of Swami Prasad Maurya and Keshav Prasad Maurya. Swami Prasad said that no one exists with whom I leave. The proof of this is Behenji (Mayawati) ji.