India defeated New Zealand (IND vs NZ) by 372 runs in the second and final Test cricket match, which is their biggest win in terms of runs in Test matches and the biggest defeat of the Kiwi team. New Zealand’s team could barely avoid defeat in the first test match in Kanpur but had to face a crushing defeat from Mumbai. New Zealand has not won a Test match in India since 1988 and is yet to win a Test series on Indian soil.

On the third day of this match (IND vs NZ), Indian captain Virat Kohli was seen having fun with the cameraman, which would be difficult to stop laughing.

It was a matter of time when India’s lead had crossed 500 and at that time the innings was very close to being declared. Actually when Jayant Yadav and Axar Patel were batting during the Indian batsman.

ALSO READ: Virat Kohli’s favorite, this player was out of Team India as soon as Rohit Sharma came, it is impossible to return again

India won the series by 1-0 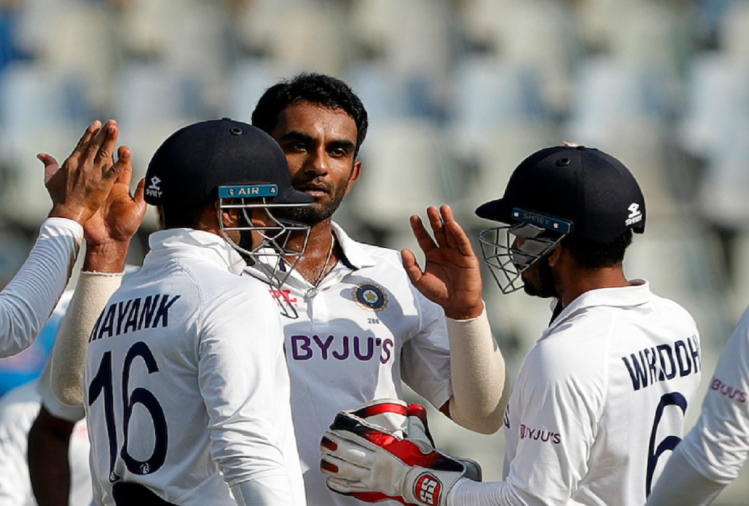 Talking about the match (IND vs NZ), Ravichandran Ashwin and Jayant Yadav took 4-4 wickets for India in the second innings. Axar Patel also got a breakthrough. This is India’s biggest Test win. On the third day, India declared their second innings at 276 for 7 and set the visitors a target of 540 runs to win.

By the end of yesterday’s game, New Zealand were 140 for 5 wickets. Henry Nicholls returned unbeaten on 36 and Rachin Ravindra scored 2. Ravichandran Ashwin took 3 and Axar Patel took one wicket for India. Mayank Agarwal, who scored 212 runs in the match, was adjudged player of the match and Ravichandran Ashwin was adjudged player of the series for his 14 wickets and significant contribution with the bat.