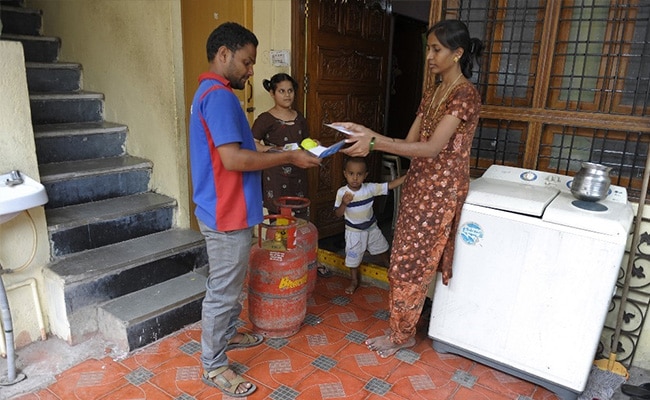 The government is contemplating to reduce the weight of LPG cylinders. (symbolic picture)

LPG cylinders are heavy, and carrying them from one place to another can be a difficult task. This is not an impossible task for women, but if the weight is reduced then it will definitely be a little easier. There will also be many women who cannot lift much weight or should not lift much weight. In such a situation, if the gas cylinder has to be taken from one place to another, then the problem arises. But soon the government can reduce the price of LPG cylinders for the ease of women.

Keeping in mind the difficulties faced by women in transporting domestic LPG cylinders due to the weight of 14.2 kg, the government is considering various options including reducing its weight. Petroleum and Natural Gas Minister Hardeep Singh Puri gave this information in reply to supplementary questions during Question Hour in Rajya Sabha. Earlier, a member had mentioned the problems faced by women due to heavy cylinders.

read this also : LPG Price Hike – Inflation Hit, Now A Commercial Cylinder Will Be Available For This Much

In response to this, Puri said, ‘We do not want women and daughters to bear the heavy weight of the cylinders themselves and it is being considered to reduce its weight.’ “…we will figure out a way, whether it is to reduce the weight of 14.2 kg to 5 kg or some other way… we are committed to do that,” he said.

He gave this information amid the uproar in the House. At that time the opposition members were raising slogans demanding withdrawal of the suspension of 12 suspended members.

(Except for the headline, this news has not been edited by the NDTV team, it has been published directly from the Syndicate feed.)