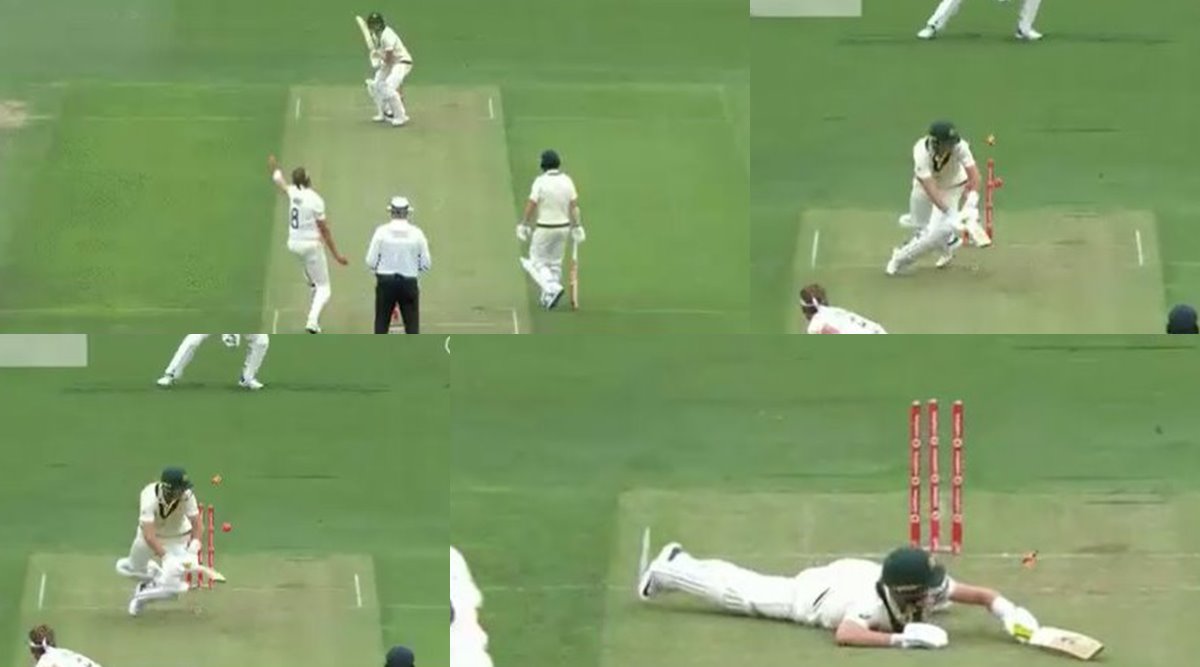 The 5th and final Test of the Ashes series between England and Australia is being played at The Oval ground in Hobart. The first day of the match is on 14 January 2022. England captain Joe Root won the toss and elected to bowl.

Opting to bat first, Australia did not have a good start. He lost 3 wickets for just 12 runs. Ollie Robinson sent David Warner and Steve Smith to the pavilion. Both these Australian batsmen could not open the account.

At the same time, Stuart Broad showed the way to the pavilion to Usman Khawaja, who scored centuries in both the innings of the fourth Test. Khawaja got out on a personal score of 6 runs. Marnus Labuschagne and Travis Head then shared a 71-run partnership for the fourth wicket.

Broad’s ball was on the third stump. Labuschagne tried to play it towards the leg side, but he slipped at the crease. He lay down on the crease. At the same time, the ball also changed its fork and hit the middle stump.

When Labuschagne looked back while lying down, he was astonished, as the bails of his wicket had been shattered. He returned to the pavilion with a very disappointed heart. He was dismissed for 44 runs in 53 balls with the help of 9 fours.

The video of Marnus Labuschagne’s dismissal has been shared by the official handle of the Australian cricket team. The caption of the video read, ‘Losing a wicket in the weirdest way we’ve ever seen!’

When Labuschagne was dismissed, Australia’s score was 83 for 4 in 22.1 overs. Born on June 22, 1994, in the North-Western province of Klerksdorp, South Africa, Marnus Labuschagne has played 22 Tests and 13 One Day Internationals (ODIs).